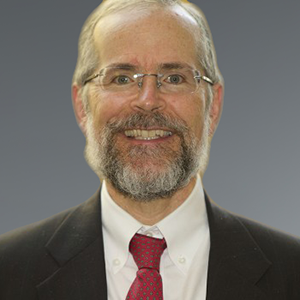 Professor Angel is the Academic Director for the FINRA Institute at Georgetown’s Certified Regulatory and Compliance Professional (CRCP)® program. He specializes in the structure and regulation of financial markets around the world, and he has visited over 70 financial exchanges around the world. His current research focuses on short selling and regulation. He teaches undergraduate, MBA, and executive courses, including Investments and Capital Markets.

"Dr. Jim" has testified before Congress about issues relating to the design of financial markets. In addition, he has been quoted in hundreds of newspaper articles and has appeared numerous times on radio and television. Dr. Jim began his professional career as a rate engineer at Pacific Gas and Electric, where he worked on FERC and CPUC related issues. Along the way he has also worked at BARRA (later part of Morgan Stanley) where he developed equity risk models. He has also served as a Visiting Academic Fellow in residence at the National Association of Securities Dealers (NASD – now FINRA) and also as a visiting economist at the Shanghai Stock Exchange. He has also been chairman of the Nasdaq Economic Advisory Board, a member of the OTC Bulletin Board Advisory Committee, and has served on the board of directors of the Direct Edge Stock Exchanges (later part of BATS Global Markets). From 2012-2014 he was a visiting associate professor at the Wharton School of the University of Pennsylvania. 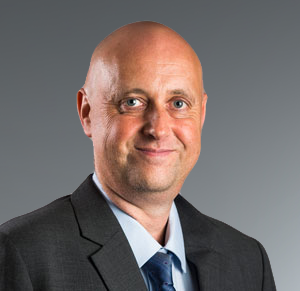 Gilles Hilary joined the McDonough School of Business as the Houston Term Professor in 2016. He is the current Accounting and Business Law Area Coordinator. Prior to joining Georgetown University, he was the the Mubadala Chaired Professor of Corporate Governance and Strategy at INSEAD. He has also taught in different capacities at institutions such as Northwestern University, the University of Chicago, HEC Paris, HKUST and Tsinghua University.

He regularly teaches courses on corporate governance, risk management, financial analysis, and decision making processes. He is a founding member of Cercle-K2, a French think-tank on risk management. He is a Research Fellow (Chercheur Associé) at the French Military Police Academy (CREOGN) and a Senior Fellow at the Asian Bureau of Finance and Economic Research (ABFER). His research has been profiled in publications such as the Financial Times, Le Monde, Handelsblatt, Bloomberg Businessweek, Yomiuri Shimbun / Japan News, The Hindu, among many others. His research has been published in leading academic journals.

He has received multiple teaching and research awards such as the Deans’ Commendation for Excellence in MBA Teaching (INSEAD), the Franklin Prize for Teaching Excellence (HKUST), and the Prix Syntec (French Consulting Association award for best academic research). He holds a PhD from the University of Chicago and a French professional accounting degree (DESCF).

Mr. Jacobs currently serves as Chairman of Alerian, Founder and CEO of Q3 Advisors, LLC, as Board member of ProCure Funds and US Bank LiFT Board. Mr. Jacobs comes from a strong leadership background and has served Nasdaq in a variety of positions, starting his career with the firm in 1983. Most recently, John worked as the EVP of Global Information Services from 2013 to 2015. Previously, John served as Nasdaq’s Chief Marketing Officer and EVP for the Global Marketing Group from 2003 to 2013, and the EVP of the Global Index Group from 2002 to 2013. He established and built the Global Index Group from the ground up, and created one of the largest ETF fund families in the world with the launch of Nasdaq’s Fund business, built on his creation of QQQ – the ETF tracking the Nasdaq-100 Index.

As CMO, he led all aspects of the company’s brand, from strategy to execution, and carried out a transformation of the company’s image from a national brand in U.S. stocks, to a global leader for diversified financial services.

In the media, Mr. Jacobs has been called a “Legend of Indexing” and an “ETF Pioneer”—he has been a regular contributor and author for numerous interviews, publications, and television appearances. As an award-winning industry leader, JHe has served on several boards, as well as the Editorial Board of the Journal of Index Investing and the FinXTech Advisory Board. 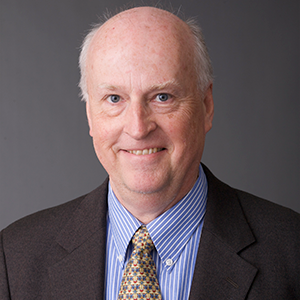 Donald C. Langevoort is the Thomas Aquinas Reynolds Professor of Law at Georgetown University Law Center, Washington, D.C. He joined the Georgetown faculty in 1999 after eighteen years at Vanderbilt University School of Law, where he had been the Lee S. & Charles A. Speir Professor. He has also been a visiting professor at the University of Michigan and Harvard Law School, and has taught courses abroad at the University of Sydney in Australia and Heidelberg University in Germany. He has won awards for outstanding teaching at both Georgetown and Vanderbilt, and in 2016 was awarded Georgetown University’s Presidential Award for Distinguished Teacher-Scholars. Professor Langevoort graduated from the Harvard Law School in 1976, and went into private practice with the law firm of Wilmer, Cutler & Pickering in Washington. In 1978, he joined the staff of the U.S. Securities & Exchange Commission as Special Counsel in the Office of the General Counsel.

Since entering academia in 1981, Professor Langevoort has written a treatise on insider trading, co-authored a casebook on securities regulation, and produced numerous law review articles on topics such as insider trading, the impact of technology on securities regulation, investor behavior and the intersection between cognitive psychology and professional responsibilities. He completed a three year term as a member of FINRA’s National Adjudicatory Council; served on the Legal Advisory Committee of the New York Stock Exchange, the Legal Advisory Board of the National Association of Securities Dealers, the SEC's Advisory Committee on Market Information (chairing its subcommittee on alternative models for data consolidation), and the Nominating Committee of the Municipal Securities Rulemaking Board; and has testified numerous times before Congressional committees on matters relating to securities regulation and litigation. 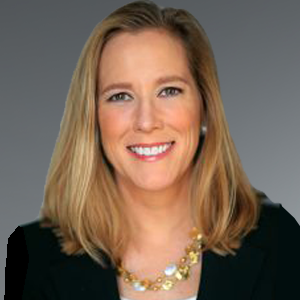 Professor Hillary A. Sale is an award-winning teacher, a Professor of Law at Georgetown Law, and an Affiliated Faculty Member at the McDonough School of Business at Georgetown University. She teaches courses on Leadership, Women and Leadership, and Corporate Law and Governance. In the spring of 2017, she was the Sullivan & Cromwell Visiting Professor of Law at Harvard Law School, where she taught Women’s Leadership and Corporate Boards and Governance.

She is an expert on and frequent speaker to industry groups and academic audiences about leadership and corporate governance and was selected by the St. Louis Business Journal as one of the “2014 Most Influential Business Women.” In addition to running leadership and other programs in industry, Professor Sale has taught in multiple executive education programs, including the Harvard Law School Law Firm Leaders Program and various programs through the Washington University Olin School of Business.

Professor Sale is a member of the FINRA Board of Governors, where she serves on the Nominating and Governance, Compensation, and Regulatory Operations Committees. She is also a member of the Advisory Board of Foundation Press, and the Advisory Board of DirectWomen, a nonprofit with the mission of increasing the presence of women on public company boards. She is Chair of the DirectWomen Board Institute and also works in industry training executives on leadership, governance, and risk management.

Associate Professor of Communication, Culture, and Technology and Affiliated Professor at McDonough School of Business

Jeanine Turner helps executives gain a strengthened sense of how best to communicate their presence. Using arguments, data, and audience analysis, Turner works with executives to choose messages and communication channels to create powerful stories. Her research and coursework explores persuasion, conflict resolution, and the impact of new media on organizational and interpersonal communication. When leading executive programs, Turner provides concrete skills and strategies for delivering information and messages as well as specific tools for managing difficult conversations.

Turner has worked with many companies and organizations, including AARP, Marriott, Microsoft, the Pentagon, the Smithsonian, Sprint, World Bank, and the U.S. Chamber of Commerce. She has also co-authored several publications in the field of communication, including “Options for the Construction of Social Presence in a Digitally Enhanced Multicommunicative Environment.” (Communication Theory, 2018) as well as “Can Messages Make a Difference? The association between e-mail messages and health outcomes in diabetes patients,” (Human Communication Research, 2013) and “Multicommunicating and episodic presence: Creating new constructs for studying new phenomenon” (Computer-Mediated Communication in Personal Relationships, 2011).

Urska Velikonja teaches Securities Regulation, Contracts and Securities and Enforcement Seminar. She previously taught at Emory University. She writes primarily about securities regulation and enforcement. Velikonja’s recent scholarship has appeared in the Stanford Law Review, the California Law Review, the Cornell Law Review, and many other journals. Professor Velikonja’s work is regularly discussed by regulators and has been featured in major newspapers, including the Wall Street Journal, The Economist, the Financial Times and other media.