Cashing Out Your 401(k) Early? What You Should Know 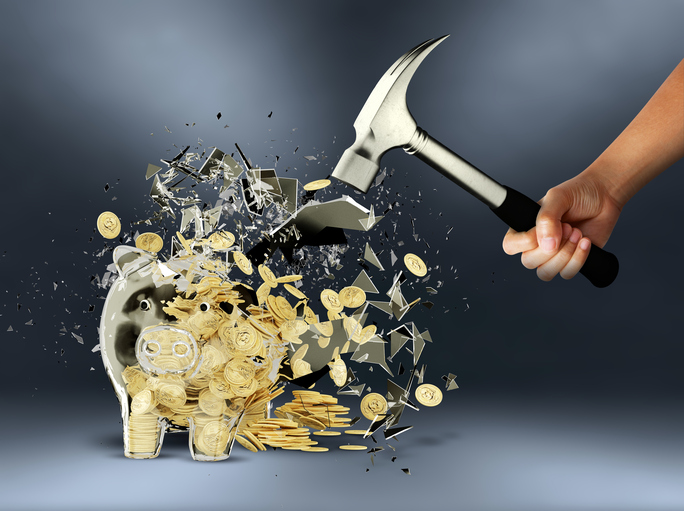 Today, Deva Dalporto is a YouTube star, racking up millions of page views with videos parodying hit songs. But before Dalporto became a viral sensation, she was a struggling actress—one who cashed out her 401(k) to help support her dream.

Dalporto is far from alone. A recent survey of more than 27,000 Americans by the FINRA Investor Education Foundation found that one in ten have taken what are known as hardship withdrawals from their retirement accounts.

But withdrawing money early from your 401(k) can come with serious financial consequences. If you're considering cashing out all or part of your account, here are a few things to consider before you make that jump.

You'll Need to Check Your Eligibility With Your Employer

Your employer sets specific criteria to determine what financial needs make an employee eligible to make hardship withdrawals from a 401(k) account. For instance, one plan may consider a medical expense to be a hardship, but not payment of college tuition.

When you take a distribution from a traditional 401(k)—whether you do it before you reach retirement age or not—you are required to pay income taxes on your withdrawal if you are younger than 59 1/2.

You Could Face a Tax Penalty

Early withdrawals from retirement accounts, including 401(k)s, are generally subject to a 10 percent tax penalty on top of regular income taxes, as mentioned above.

There are, however, a few exceptions to the tax penalty, including unreimbursed medical expenses or permanent disability of the account owner. A complete list of penalty exceptions is available from the IRS here.

You May Have to Wait Before Resuming 401(k) Contributions

The longer you contribute money to a retirement account, the more likely you are to see that money grow, thanks largely to the power of tax-deferred compounding.

For example, if you were to contribute $1,000 a year for 20 years to an investment account with an average annual return of 8 percent, you’d end up with a balance of nearly $50,000, after contributing just $20,000 in total, according to FINRA's savings calculator.

Taking a hardship withdrawal not only temporarily halts regular contributions, also but permanently reduces your account balance, and with it interrupting the compounding process. And if your employer offers a 401(k) match, you will likely also forgo that "free money" (and the compounding on it) too.

If you don't have an emergency savings account in place before hardship strikes but do have a regular source of income, you may have other options, such as taking out a loan from your 401(k). While such a loan could hamper retirement account growth, borrowers may avoid the stiff tax penalties associated with a hardship withdrawal.