Financial Crimes, Trends and Responses – In the Midst of the Pandemic

COVID-19 has altered the world as we know it. While some have responded to it as an incident or singular event, in the world of countering criminal threats we are seeing the need to treat it as a sustained campaign. This panel will discuss the multitude of threats across the financial crimes’ spectrum perpetrated by an aggressive yet flexible adversary. The shift in tactics needed as well as the increase in known vectors of attack in the midst this pandemic will be examined. Our panelists will dive into the trends being used by criminals as they adapt to the current events arising from the pandemic to include market fluctuations, unemployment, and relief payments. Join FINRA staff, law enforcement, and industry panelists as they provide essential controls, new tactics, and helpful tools their firms have put into place to detect, monitor, and respond to the financial crimes we are experiencing in this current environment.

Financial Crimes, Trends and Responses – In the Midst of the Pandemic Panelist Bios: 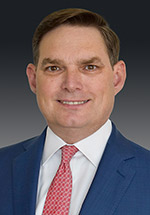 Greg Ruppert is Executive Vice President of FINRA’s National Cause and Financial Crimes Detection Program (NCFC). Within Member Supervision, NCFC includes: the consolidated National Cause Program; Tip Program; Fraud Surveillance; Insider Trading and PIPES Surveillance; and specialty teams for Anti-Money Laundering, Cybersecurity and the Vulnerable Adults and Seniors Team. Mr. Ruppert joined FINRA from Charles Schwab where he served for six years as Senior Vice President and Chief of the Financial Crimes Risk Management Group. In that role, he served as Schwab’s Bank Secrecy Act (BSA) Officer and oversaw the firm’s BSA/anti-money laundering, OFAC and sanctions, fraud investigations, senior and vulnerable investor investigations, cyber-crime investigations, and conduct oversight and internal investigations programs. Prior to joining Schwab, Mr. Ruppert spent more than 17 years with the FBI. In his last assignment, he was a senior executive at FBI Headquarters in Washington D.C. where he oversaw the Cyber Division's efforts to combat the highest priority cyber threats.  Mr. Ruppert began his FBI career in the Boston Field Office specializing in complex corporate and securities fraud, money laundering, financial crimes, and cyber fraud. He also served on the Enron Task Force as a senior investigator assigned to investigate Enron’s CFO and other senior corporate officials. Mr. Ruppert is also clinical professor for the University of the Pacific (UOP), School of Engineering and Computer Sciences’ Data Analytics Master’s Program and an Industry Advisory Board member for the UOP’s Cybersecurity Program. Mr. Ruppert is a member of the California bar.

James C. Barnacle is Chief of the Money Laundering, Forfeiture and Bank Fraud Unit for the FBI. As Chief of the Criminal Investigative Division’s MLFBU in Washington, D.C., he is responsible for program management of all 56 FBI field offices. He oversees all Money Laundering and Bank Fraud investigations and manages the Criminal Asset Forfeiture Program. Mr. Barnacle serves as a delegate to the Financial Action Task Force (FATF), Five Eyes Law Enforcement Group (FELEG), Money Laundering Work Group and represents the FBI on the BSA Advisory Group. He previously served as Supervisory Special Agent and Coordinator of the Public Corruption Program at the FBI’s New York field office where he led efforts against corrupt public officials, fraud against the government, and violations of the U.S. Foreign Corrupt Practices Act (FCPA). Mr. Barnacle also served as Supervisory Special Agent in the Economic Crimes Unit at FBI Headquarters where he managed corporate fraud and insider trading investigations. His first assignment was in the New York Field Office where he was assigned to a Securities and Commodities Fraud Investigative Squad. His cases resulted in over $1 Billion in asset recoveries which were returned to victims of fraud. 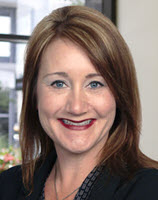 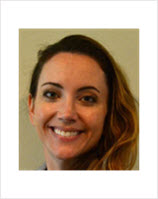 Brooke Hickman-Elgrim is Director of FINRA’s Vulnerable Adults and Seniors Team (VAST), which operates the Securities Helpline for Seniors. The Helpline is a resource for senior investors to obtain assistance from FINRA or raise concerns about issues with brokerage accounts and investments. Prior to joining VAST, Mrs. Hickman-Elgrim was a Cycle Examiner with FINRA’s Member Regulation Department in the Boca Raton District Office. Mrs. Hickman-Elgrim has undergraduate and graduate degrees in International Business. 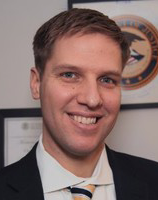 Craig Timm is Global Financial Crimes Executive for Emerging Risk, Strategic Initiatives and Government Liaison. From 2016 to 2019, Mr. Timm was the Global Financial Crimes Executive for the Global Wealth and Investment Management business lines where he served as the designated Anti-Money Laundering Compliance Officer for Merrill Lynch Pierce Fenner & Smith and U.S. Trust Company of Delaware. Mr. Timm joined Bank of America in January 2016 from the Department of Justice, having most recently served as a Deputy Chief in the Asset Forfeiture and Money Laundering Section in the Criminal Division. In that role, he led a team of prosecutors responsible for enforcing criminal violations of the Bank Secrecy Act, U.S. Economic Sanctions and money laundering laws committed by financial institutions and their employees. As a trial attorney in the same unit, Mr. Timm prosecuted some of the largest financial institutions in the world including BNP Paribas, HSBC and MoneyGram. Mr. Timm began his career with the Department of Justice as an Assistant United States Attorney in the District of Arizona. He was also an Associate at Sidley Austin in Chicago. Mr. Timm has an undergraduate degree from the University of Michigan and a law degree from the Northwestern University School of Law.