Regulation Best Interest and Form CRS: Where Are We Now

Join panelists as they discuss Regulation Best Interest and Form CRS, its impact on the industry and effective practices to help broker-dealers manage their obligations.

Regulation Best Interest and Form CRS: Where Are We Now Panelist Bios 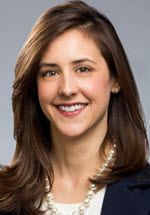 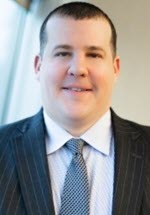 Matt Kinsella joined Securities America in 2006. As the firm’s Vice President and Chief Compliance Officer, Mr. Kinsella leads the firm's advisory and brokerage compliance functions, including licensing and registration; policies and procedures; communications review; anti-money laundering; surveillance and the client and regulatory inquiry groups. Prior to this position, Mr. Kinsella worked in the Wealth Management Department as director of product management and in the Compliance Department as director of compliance operations. Mr. Kinsella graduated from the University of Nebraska at Omaha with a bachelor’s degree in mathematics and received an MBA from the same university. Mr. Kinsella holds the Series 7, 24, 66; the Nebraska Life and Annuity insurance license; and the Accredited Investment Fiduciary and Certified Regulatory and Compliance Professional (CRCP®) designations. 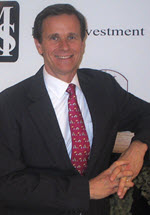 Stephen W. Mack, CFP®, RFC, is owner and President of Mack Investment Securities, a FINRA broker dealer handling security investments. The firm was originated in January, 1986. Mr. Mack, a Certified Financial Planner, has been involved in the securities business for more than 37 years. Formerly one of Merrill Lynch's top brokers, Mr. Mack was the resident manager of the Merrill Lynch Rockford, Illinois branch office. Mr. Mack attended the University of Michigan, graduating in 1976 with a degree in finance. Mr. Mack joined his father in their family Cadillac business in the summer of 1976. After attaining the position of General Sales Manager for Mack Cadillac, Mr. Mack left to join Merrill Lynch in 1981 locating originally in their Sears Tower branch. In 2015, Mr. Mack joined the FINRA District 8 committee and over the years has attained multiple designations, including the series 4,5,7,8,15,24,53, 63 as well as a life insurance license and a real estate broker license. Mr. Mack is also listed in the Who’s Who in Finance and Industry, Who’s Who in America and Who’s Who in the World. 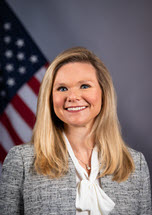 Emily Westerberg Russell was named Chief Counsel of the SEC’s Division of Trading and Markets in July 2019, after serving as a member of the Office of Chief Counsel for a decade. The Office of Chief Counsel provides legal and policy advice to the Commission on a variety of matters affecting broker-dealers and the operation of the securities markets. Among other things, the Office was responsible for developing and drafting key components of the Commission’s recently adopted package of rulemakings and interpretations designed to enhance the quality and transparency of retail investors’ relationships with investment advisers and broker-dealers, in particular, Regulation Best Interest. Ms. Russell received the SEC’s Jay Manning Award in 2019 in recognition of her commitment to excellence, dedication to fair and honest markets, and tireless pursuit of just and workable regulatory responses to practical business problems. She also was a joint recipient of the Chairman’s Award for Excellence for her work on the IA/BD Team, and a joint recipient of the Law and Policy Award for her work on the Dodd-Frank Legislative Response Team. Prior to joining the SEC, she was a Senior Associate in the Financial Institutions Group at WilmerHale, where she advised broker-dealers and other financial institutions regarding compliance with a wide range of securities and banking laws, including anti-money laundering requirements. Ms. Russell received her J.D. from Columbia University School of Law, where she was a James Kent and a Harlan Fiske Stone Scholar, and served as Executive Editor of the Columbia Journal of Transnational Law. She earned her B.A., summa cum laude, in economics and international relations from Colgate University.