Bitcoin Basics—9 Things You Should Know About the Digital Currency 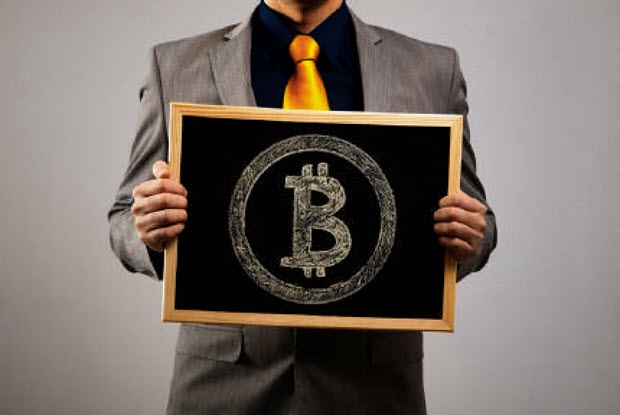 What does money look like? Though the answer may vary depending on what country you live in, traditional currency is usually made up of paper bills and coins. While you may not remember the exact faces gracing the currency of your country, it’s still fairly easy to imagine what cash looks like without opening your wallet.

That’s not quite the case with bitcoin, a currency that has garnered an increasing number of headlines in recent years.

Unlike traditional currency, bitcoin is digital. You can use it to buy things or as an investment. But, as Campbell R. Harvey, a finance professor at Duke University’s Fuqua School of Business, notes, “there is no physical coin.”

Here are nine things to make you a bit wiser about bitcoin:

1. Bitcoin Is A Cryptocurrency

Bitcoin is what’s known as a cryptocurrency—a digital currency secured through cryptography, or codes that can’t be read without a key. Bitcoin isn’t the only cryptocurrency in the world—there are more than a thousand—but it is the most popular, Harvey said.

2. Bitcoin Is A Global Currency

Unlike traditional cash, bitcoin supply is not controlled by any central government. Rather an algorithm developed by bitcoin’s founder (or founders—more on that later) determines how many bitcoins are produced and added to the world economy every year.

“It’s an algorithmic money supply rule, which is much different than a fiat currency, where it’s up to the central bank to determine how much to print,” Harvey said.

Bitcoin, he added, may be attractive to individuals who don’t trust the central bank of their resident country to manage the national currency.

So what is public blockchain technology? It’s a distributed ledger—a database of all transactions that is decentralized and immutable. In other words, while anyone can download and see the database, no one person can dive into it and rewrite its history for nefarious purposes. Transactions, for instance, will never suddenly disappear, though the coins can be stolen (more on that below).

“You can only add to it, you can’t edit it,” said Harvey. The reason the tech is called blockchain, he added, is because transactions are grouped in blocks and then “chained” together through cryptographic links. “If you break any of the individual components, it’s immediately detected and the correct block is substituted in,” he said.

The system helped solve a problem that plagued early cryptocurrencies—people spending the same money more than once.

“With bitcoin, for the first time, I can send you a bitcoin and everybody in the world could be 100 percent sure that I no longer have that bitcoin and you now have it,” she said. “That would prevent me from doing double spending.”

Thanks to blockchain, bitcoin transactions happen much, much faster than those using traditional currencies. Because blockchain is immutable, you don’t need a middleman (such as a bank) taking time and resources to ensure the legitimacy of the transaction.

“I could send you a bitcoin—you could be anywhere in the world—and you would receive that bitcoin in minutes,” Shin said.

5. Not Everyone Accepts Bitcoin

Bitcoin has grown in popularity, with many e-commerce sites as well a growing number of brick-and-mortar stores accepting the currency. But it’s still not nearly as widely accepted as traditional currency.

If you want to spend your bitcoins at a particular place, it’s smart to check with them about their bitcoin policies first before leaving your dollars or credit cards at home. You can also find sites online that list bitcoin-friendly businesses.

Bitcoin shares a trait associated with gold and other precious metals—it’s relatively rare. In fact, the algorithm that controls bitcoin production has a cut-off date of 2140. After that year, no more bitcoins will be added to the world economy.

When an asset is scarce, that can make it an attractive investment, but it can also make it volatile. As any cryptocurrency watcher will tell you, bitcoin investors haven’t exactly had a smooth ride.

Why the massive swings? Shin notes that bitcoin is only about eight years old and investors tend to question the currency’s future. They worry about government regulations around the world potentially endangering bitcoin’s survival. Some are also concerned about what Shin described as “infighting” between key players in the bitcoin community.

“It is a volatile investment and for that reason people treat it as a speculative investment,” Shin said.

Though bitcoin is a digital currency, there is a company that sells “collectible” titanium bitcoins. “It’s not a common thing,” Shin noted. “People just create physical objects [for bitcoins] because it’s kind of cool.”

These coins can’t be treated like traditional coins—you can’t walk into a store and give them to the cashier to pay for a purchase, for instance. Instead, consumers can spend their bitcoins by using codes beneath hologram stickers affixed to each titanium coin.

8. Bitcoins Can Be Stolen

Though records of bitcoin transactions are secure through its blockchain, bitcoins can still be stolen by hackers. Harvey said that such theft isn’t the result of any blockchain vulnerability, but rather the vulnerability of bitcoin platforms that don’t take enough security precautions.

One of the most infamous bitcoin thefts occurred in February 2014, when the bitcoin website Mt. Gox lost 850,000 bitcoins and later filed for bankruptcy.

“With any new technology, many third parties will arise. Some will be high quality and some will be low quality. Mt. Gox was low quality,” Harvey wrote in a 2014 paper.

However, just like any other investment, bitcoin carries risks. Speculative trading in bitcoins carries significant risk. There is also the risk of fraud related to companies claiming to offer Bitcoin payment platforms and other Bitcoin-related products and services.

In December 2015, the Securities and Exchange Commission charged two Bitcoin mining companies and their founder with conducting a Ponzi scheme by purporting to offer shares of a digital Bitcoin mining operation.

The origins of bitcoin can be traced back to a 2008 white paper that listed as its author someone named Satoshi Nakamoto. But to this day, no one is quite sure exactly who Satoshi Nakamoto is—the name appears to be a pseudonym—or whether the white paper was produced by just one person or, perhaps, by a group.

Whoever Nakamto is, he, she or they are estimated to be rich in bitcoins. Wired magazine reported in 2013 that Nakamoto acquired an estimated one million bitcoins in the currency’s early days.

As with any financial move, buying or investing in bitcoins is not a decision to be made lightly. It’s worth doing more than just a bit of research. For a list of informational resources on bitcoin, be sure to check out the FINRA’s Investor Alert on the topic. You can check out FINRA’s report on the implications of blockchain on the securities industry here.