The following diagram sketches out the various layers of technology offered by cloud providers according to different models. As can be seen in the below Figure 1: Cloud Pyramid, cloud services form a stack, with SaaS built at the top. Division of responsibilities between user and provider also shifts as additional services are added between IaaS and SaaS. At the IaaS level, the cloud service provider manages the infrastructural services but manages the entire stack at the SaaS level. This division of responsibility has important implications for identifying who has what responsibility for securely operating in the cloud, as will be explored later. 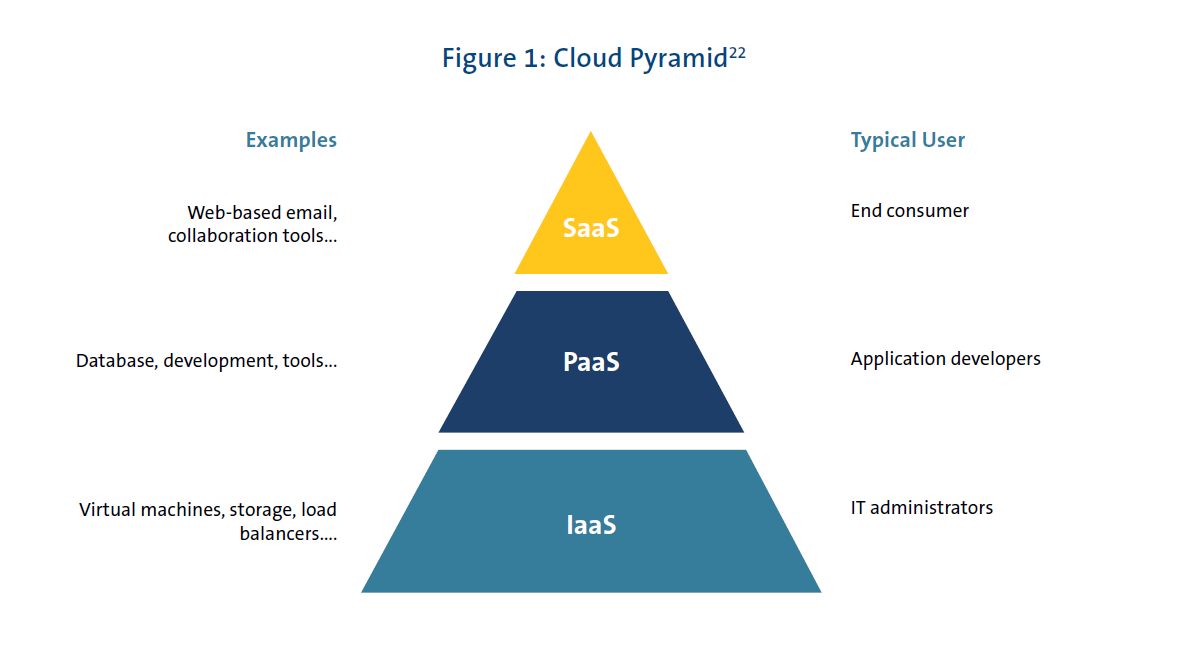